The History of Sex: A Brief Timeline

I previously did a timeline post about the Salem Witch Trials. It was a fascinating way of seeing the build-up to the event, the climax and then the descent back to normality, which reminded me of doing this type of post. WINK, WINK.

Let’s go back to the beginning, shall we?

Cave paintings dating back from a LOOOONG time ago feature a man wearing what appears to be a stone age condom. Condom technology is hella old, you guys. Later on, the first documented condom (hand-sewn pieces of linen) show up in the Roman Empire around the time we switch from BCE to AD.

Known as “the world’s oldest profession,” historical evidence of prostitutes has been found in basically every period in history in every part of the world. Prostitutes even get a shoutout in the Code of Hammurabi, published in Mesopotamia in 1754 BCE.

Some of the earliest references to same-sex relationships appear in Chinese documents. Euphemisms like the “pleasure of the bitten peach” and “the southern custom” are regularly used.

The Kama Sutra, a manual featuring sex advice and descriptions of various sexual positions, is published in India. It is well-known today all over the world for being a sex guide, but it also features advice on love, living well, relationships, family and more.

The first case of syphilis is recorded in Naples, Italy. Some believe it arrived in Europe when Christopher Columbus’s crew returned from the Americas while others believe it could have already been in Europe before Columbus and just went unnoticed. Many notable figures throughout history contracted the disease (Adolf Hitler, Al Capone, Henri de Toulouse-Lautrec, Charles VIII of France, Benito Mussolini, Franz Schubert, Édouard Manet and many others) although these are difficult to confirm.

In an area of the New World now known as Florida, a French interpreter named Guillermo is executed by Spanish military authorities for having a same-sex relationship with a Native American male. It is the first known execution related to the illegal act of “sodomy” in the United States.

Nell Gwyn, an actress and one of the most famous mistresses of all time, begins her long-time love affair with Charles II of England.

Anton van Leeuwenhoek is the first person to observe sperm cells under a microscope. 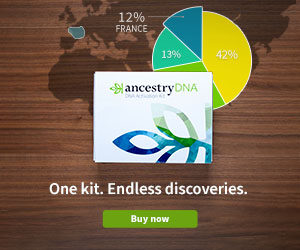 The earliest known pornographic film, Le Coucher de la Mariée (Bedtime for the Bride), is screened in Paris. The film features actress Louise Willy performing a “striptease.” In its original format, the film was seven minutes long but only two minutes of it survive.

Margaret Sanger and others open a birth control clinic in Brooklyn, NY. It is raided by police and closed nine days later. Sanger later goes on to found the American Birth Control League in 1921. In 1942, the ABCL would be renamed to Planned Parenthood.

The first issue of Playboy is published. The premier issue featured Marilyn Monroe on the cover as well as fully nude inside. (Monroe’s first nude photos date back to the late 1940s before she was mega famous.)

William Masters and Virginia Johnson begin their research in the area of human sexual response and treatment of sexual disorders and disfunction. They would continue their work together until the 1990s.

“The Pill” is available for contraceptive use in the United States. It would not be available country-wide to unmarried women until 1972.

The book Open Marriage by Nena and George O’Neill becomes a bestseller. The book introduced the concepts of an open marriage and open relationships.

Tinder, a dating and/or hookup app, is first released. Although online dating began soon after the internet came along, Tinder remains one of the most popular dating apps available today.